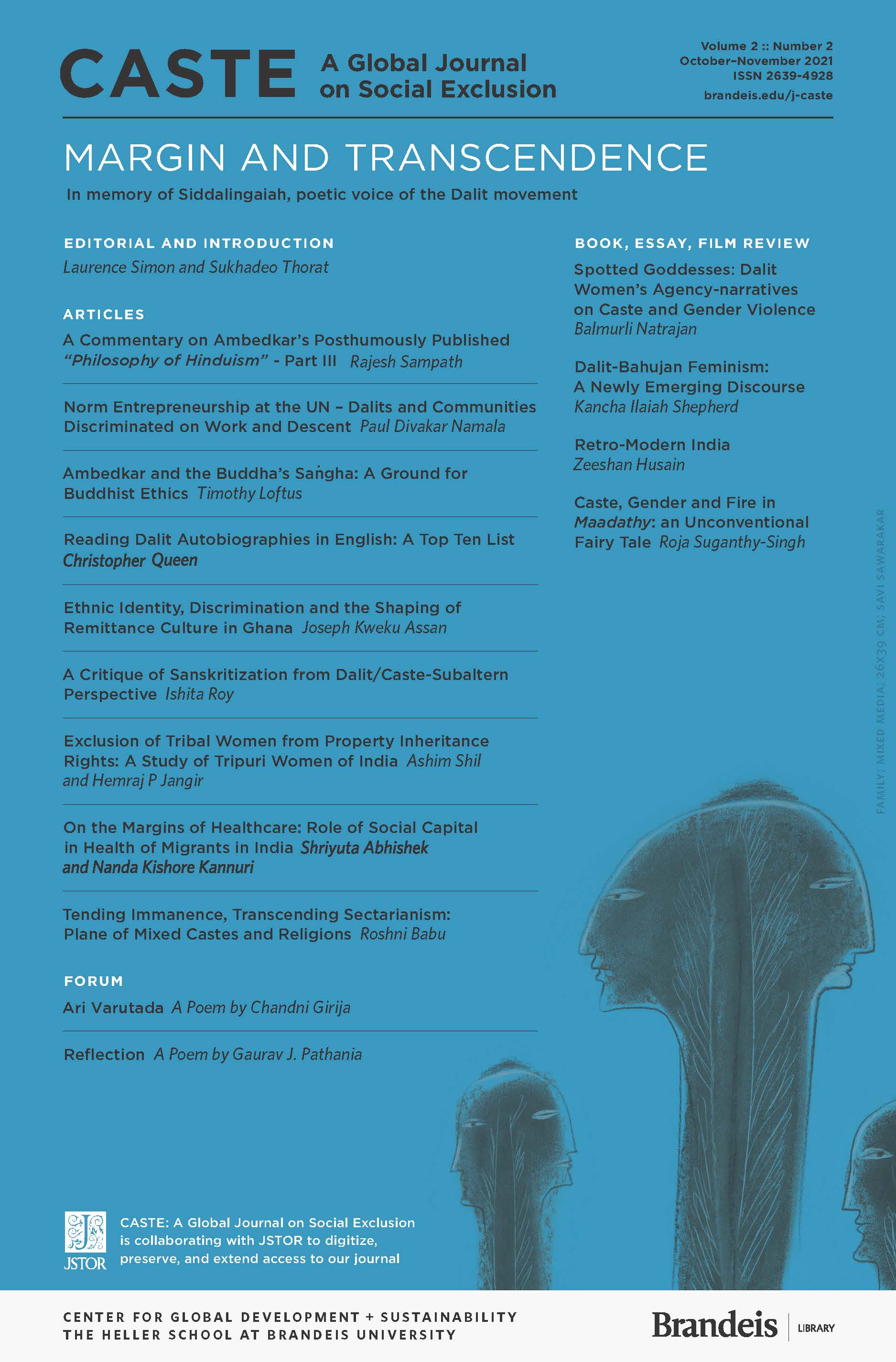 The Tripuri tribe from the state of Tripura constitutes around 50 percent of the total tribal population and can be found in all eight districts of the state. The tribe follows its own culture and tradition in terms of marriage and other customary practices. This study investigates the role of gender in inheritance of property among the Tripuri tribe and how Tripuri women are excluded from ownership of property. It also attempts to discover how property ownership affects their income and position in the household. The study has been conducted in the districts of West Tripura and Dhalai. Focus Group Discussion and interview schedules are employed as methods for collection of data.

Results show that while 20 out of 54 married women from rural areas of West Tripura have inherited property, only 2 out of 13 married women have inherited property in the urban area. In comparison with West Tripura, Dhalai features a low ratio among women in inheriting property (only 4 out of 38 married women). A few causes include low level of literacy, slow urbanization and less inter-community marriages. The reasons for not inheriting property include: a woman failing to live up to the concept of a ‘good sister’ in the brother’s eyes, son needs property to care for parents, cost of marriage is borne by brother or parents so no right to claim, and to avoid unnecessary conflict in the family. In this manner, societal perceptions prevent women from claiming the legitimate share of their ancestral property.