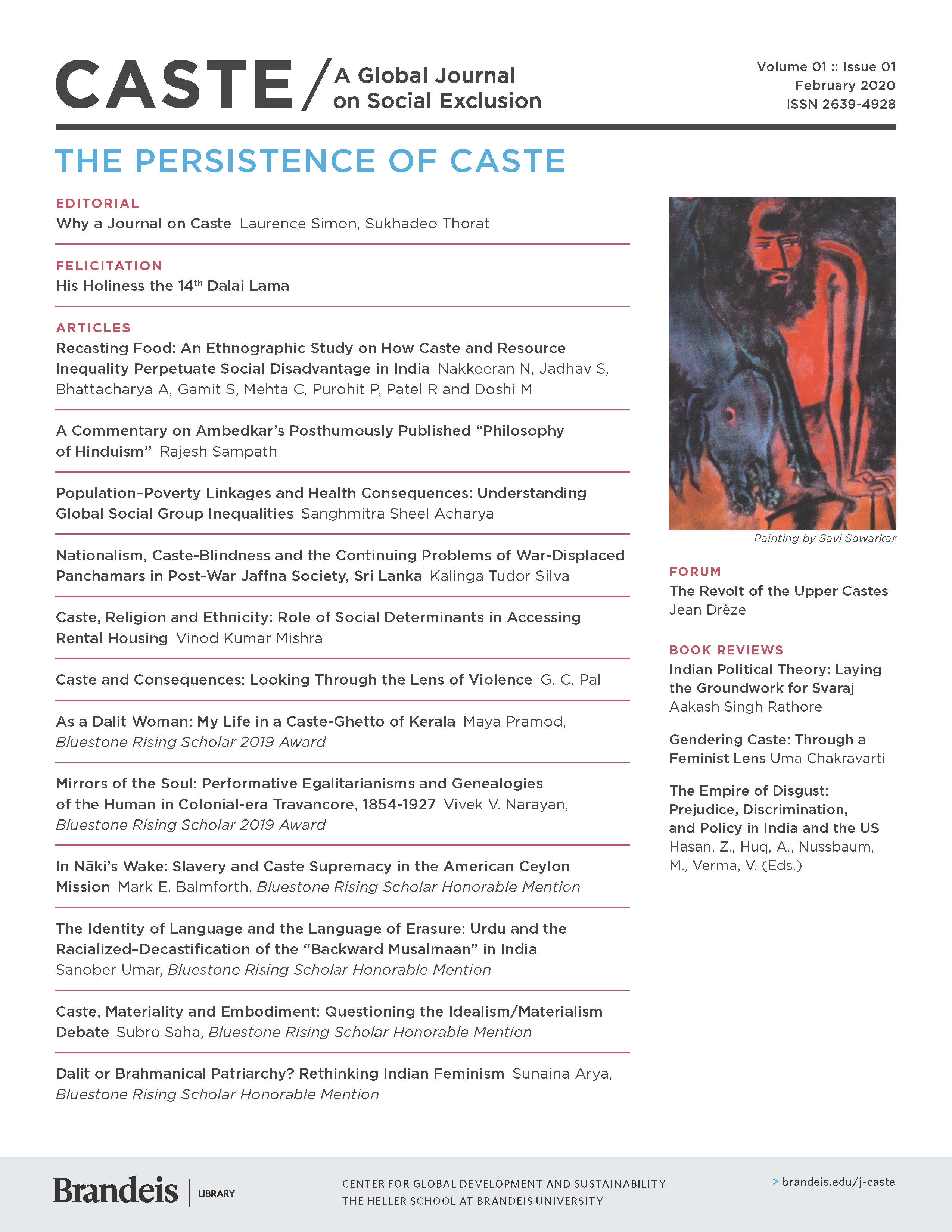 Perhaps it is best to summarize what this article is not about, and then highlight what it seeks to do instead, finally surmising those strands together cohesively. This article is not on Urdu as a medium for self-fashioning elite Ashrafi Muslims in Lucknow who lamented the “death of the city” in shahr-i-adab (the city of high culture and noble manners) kind of literatures, instead it is about how Ashrafis came to be normatively portrayed by prominent leaders of the Congress in Uttar Pradesh as “foreigners.” This article is not exclusively about caste politics,  but rather how the trope of the foreigner was used as a way to otherize and prevent some of the most downtrodden Muslims from availing affirmative action policies and how lower caste and Dalit Muslims themselves tried to find liberation away from their stigmatized caste histories, unfortunately without success as conversion did not eclipse casteist tropes against them. This article is not just about the institutional history of the fall of Urdu in Uttar Pradesh, but it focusses on how Urdu was used to shape the minority citizen status of Muslims, and how it impacted their political economy and caste histoies in Lucknow by using both written materials documenting these issues and oral testimonies of Ashrafi and Pasmanda Muslims in Lucknow. In the process, this article is about the contours that defined the production of Muslim minoritysm in India, externally by Post Colonial governmentality of the 1950s and internally by Muslims themselves who were compelled to “self homogenize” despite political and social fractures within the community in the face of demonizing and ahistoric stereotypes of the Muslim community as “backward Musalmaans” that ignored their multiple layers of institutionally created marginalization.