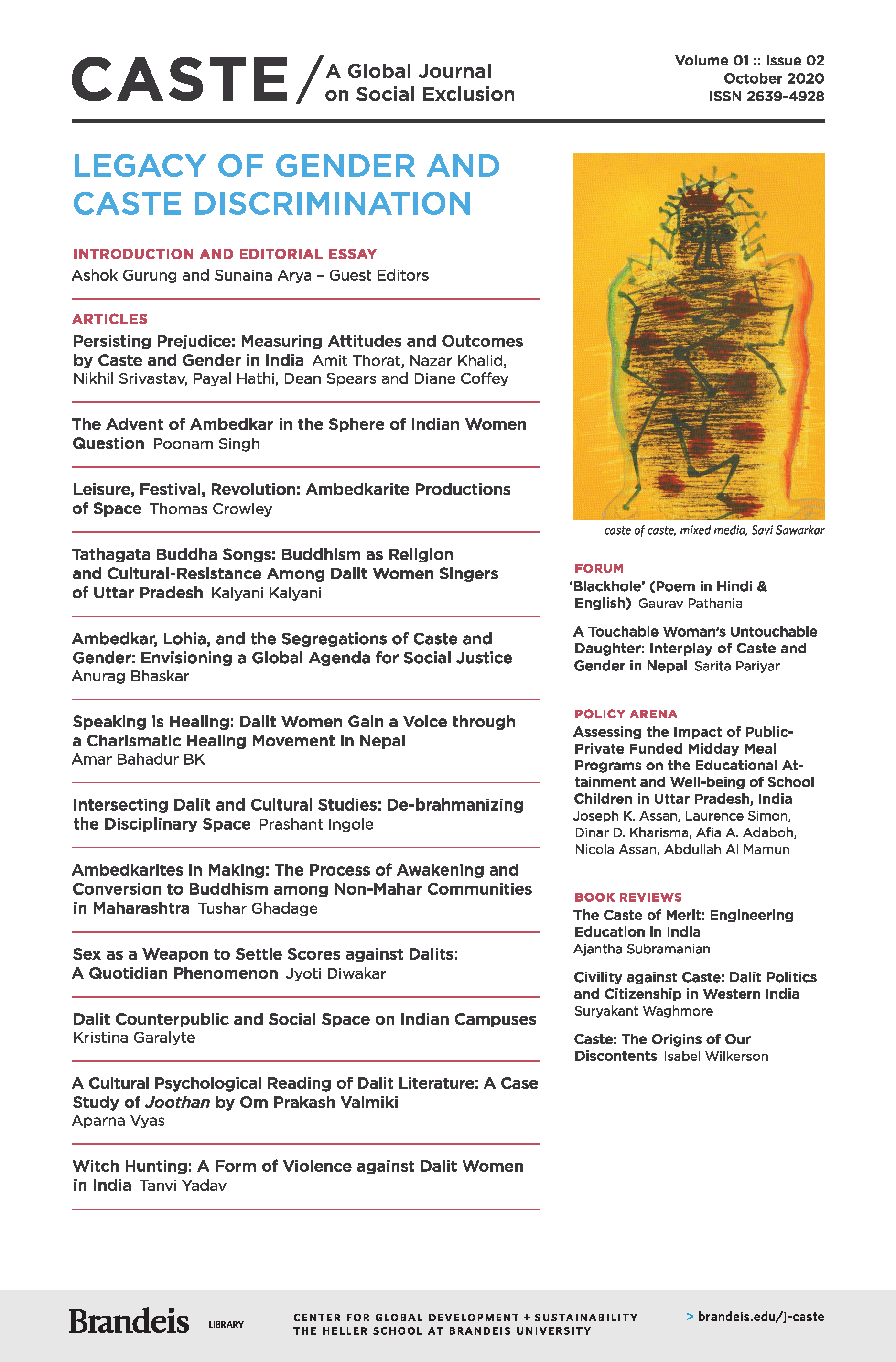 Dr. Bhimrao Ambedkar was a feminist at heart. Contrary to popular perception that he championed the cause of Dalits and dalit women, Babasaheb, as Ambedkar is fondly referred to, worked as a socio-political advocate for Dalit as well as upper caste Indian women concomitantly. In his quest to ensure freedom, equality, and individuality of Indian women, he resorted to the legalized mechanism and proposed sweeping constitutional provisions, famous as the Hindu code Bill, placing women at par with men in matters of inheritance and allowing them freedom to marry outside their caste. Contemplating the predicament and marginalized position of Indian women, he posited that caste and gender are intertwined. To maintain the system of caste, endogamy is a necessary condition that has an immense bearing on women. The imposition of endogamy was made compulsory by the Brahminical hierarchy, which was endorsed by Hindu religious scriptures to ensure women’s sustained subjectivity within the same caste groups or varnas. Ironically, the Bill, in Ambedkar’s own words was ‘killed and died unused and unsung’ following which he resigned from then Prime Minister Jawaharlal Nehru’s cabinet in 1951 but the same bill was passed as four different bills between 1955 and 1956 during Nehru’s second term as prime minister (Elancheran, 2018). Unfortunately, Ambedkar’s contribution to the Indian women’s struggle has not been given its due. This paper attempts to explode the myth of the golden age of Indian womanhood and critiques the role of women reformist organizations in nineteenth century India as well as Ambedkar’s yeoman service to Indian women that has largely remained unacknowledged in public discourse.